Dr. David Hall attended Brigham Young University as an undergraduate, where he studied Political Science, Speech, Chemistry, Math, and Education, graduating magna cum laude. After finishing at BYU, he attended the University of Minnesota School of Dentistry where he graduated with honors in 1979. He moved to Cedar Rapids, Iowa, where he practiced dentistry for a number of years. In 1985, he decided to transform his practice into a cosmetic dentistry practice, and began a serious effort to learn all he could about cosmetic dentistry. In 1986, in pursuit of that dream, he joined the newly formed American Academy of Cosmetic Dentistry, and in 1990 he became the first dentist in Iowa to pass the rigorous accreditation examination of that academy, only the 42nd dentist in the world to earn that distinction. There are now around 300 dentists who have earned that accreditation. 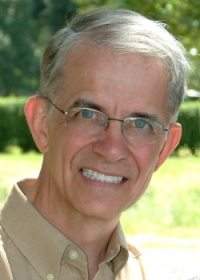 In 1995, he became interested in Internet marketing. He published one of the first cosmetic dentistry web sites on the Internet, which is this site. Originally it was published as a part of the CompuServe home pages. Then in 1999 it was moved to the mynewsmile.com domain name, where it has remained ever since. He used this to market his own private dental practice. By learning Search Engine Optimization, he was able to get his site placed on page one in Google for “cosmetic dentistry,” and get top rankings for many search terms.

In 2003, in response to requests from visitors, he turned the web site into a referral service for cosmetic dentists all over North America. It became hugely successful, and in 2007 became the most highly trafficked cosmetic dentistry web site in the world.

In 2006, Dr. Karen Blair, who had practiced around the corner from him in Cedar Rapids but then moved to Naperville, Illinois, asked him to help her launch her new practice by creating a web site for her. He hesitated, but then decided to try that. The results were highly successful. Other dentists then asked him for help with their websites, which led to him founding Infinity Dental Web in 2009. That company has since grown to become a leading Internet marketing company for dentists.