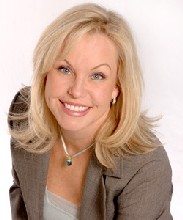 Dr. Frazar’s commitment to excellence in cosmetic dentistry has earned her renown. Both H magazine and Texas Monthly have named her as one of the top doctors in Houston year after year. Her dental expertise has been featured on CNN, ABC, NBC, Discovery Health, and other media outlets. She has also been recently named Top Doctor for Women by H Magazine. She has also been featured as the doctor performing smile makeovers on the Debra Duncan Show. She has been treating battered women in the Smile for Life program and has performed on Oprah and Discovery Health Series. We have seen photographs of her cosmetic dentistry and vouch for her skill and artistry. Dr. Frazar is also a Fellow in the Academy of Comprehensive Esthetics and is certified in Invisalign® invisible braces.

Find a cosmetic dentist near you