A popular over-the-counter tooth whitening product is Crest Whitestrips. While it appears that this is the best of the over-the-counter products, and it does actually whiten the teeth, many patients have been disappointed with their results, and our tests confirm that it is weak and difficult to keep in place. But, to their credit, Crest makes very modest claims for Whitestrips on their web site, promising only a temporary tooth whitening, and not the deep, permanent bleaching that is accomplished in a dentist’s office. The bleaching agent is 5.3% hydrogen peroxide, which is much weaker than the agents used in dental offices. Crest Whitestrips Professional increases that concentration to 6.5%, but that’s still 1/2 to 1/4 of the concentration of some peroxides used by dentists. And placing the bleaching agent in a strip that attaches to the tooth is less effective than letting the teeth bathe in a bleaching agent in a custom-fitted tray. One patient of ours who tried them summed up the feelings of many in her evaluation of Crest Whitestrips. She said, “That was sixty dollars down the drain.” She began our professional treatment and reported that her teeth were whiter after two hours of professional at-home tooth whitening than after one month’s use of Crest Whitestrips. But for those who can’t afford the professional bleaching, Whitestrips may be an attractive alternative. They do actually whiten the teeth, and, unlike other over-the-counter whiteners, they do not harm the teeth.

There is a slight risk of serious consequences associated with this product. There is a report we received from one patient who ended up needing a root canal treatment after using their “Advanced Vivid” product. This would be an extremely rare problem, and in the case of the patient in question, this tooth was compromised already. Read our blog posting about Whitestrips risks.

To learn about whitening toothpaste, click here. Yes, toothpaste can make your teeth whiter, but you need to understand its limitation or you could be very disappointed.

Summary of advantages and disadvantages of Crest Whitestrips, or other brands of whitening strips: 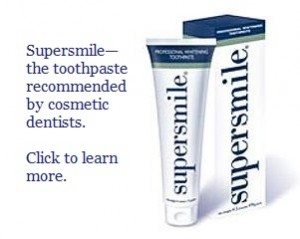